Nursing Around the World: Similarities and Differences

Changes in geography and economic development, religious differences, and changes to the overall healthcare system can affect the way a nurse does their job. From education and accreditation to the environment in which care is administered, the nursing industry varies widely across the globe. Learn more about global similarities and differences in nursing. Nursing is an essential practice all over the world. Yet, being a nurse in another country might look different than it does in the United States. Changes in geography and economic development, religious differences, and changes to the overall healthcare system can affect the way a nurse does their job.  From education and accreditation to the environment in which care is administered, the nursing industry varies widely across the globe. Learn more about global similarities and differences in nursing.

Europe’s healthcare system looks similar to the one in the United States. Nurses are typically credentialed and certified in much the same way as they are in the U.S. The continent is grappling with the same challenges as the U.S., including finding ways to care for an elderly population and innovating healthcare practices and procedures to make them more cost-efficient. Reducing high healthcare costs is a top priority across the continent.

Many European countries have implemented a universal healthcare system, in which care is free of charge for the patient and subsidized by the federal government. This has led to a strong push towards reducing the costs of healthcare, thus reducing the financial burden on federal governments. Patients tend to enjoy greater access to care across Europe without worrying about racking up exorbitant healthcare bills.

The continent is dealing with its own nursing shortage. After the Brexit vote in 2016 in which the U.K. decided to break from the European Union, nurses are choosing to work outside of the U.K., leaving the country with fewer healthcare providers as it struggles to care for an aging population.

With its diverse terrain and competing cultures and lifestyles, nursing in the Middle East can vary dramatically. Advanced healthcare centers are common in large cities across the region, but access to care can be limited in rural areas and conflict zones. There is a range of nursing programs across the region, but nurses with doctorates tend to get their education in the U.S. and Europe.

Different religions and lifestyles can also impede a patient’s access to care. Healthcare policies are largely tied to the country’s religious beliefs and customs. The nation of Israel is working on creating a master plan for the country’s healthcare system based on its religious beliefs and unique terrain. It is not uncommon for healthcare workers to travel long distances to remote regions and rural areas as part of delivering care.

Asia has largely modernized over the past 25 years. China’s growing middle class has led to a rise in the number of available nurses in the country, leading to advancements in nursing science and education.

Japan is currently in the middle of a nursing shortage. Around one-quarter of the country’s population is over the age of 64, which has led to a push towards healthcare reform and innovation. Caring for elderly patients makes up a large portion of the healthcare industry in Japan. The country’s population is expected to shrink over the course of this century. Finding effective, cost-efficient ways to care for this aging demographic has become one of the country’s most pressing challenges when it comes to healthcare.

The African continent has implemented a healthcare model that’s largely focused on primary care and self-care. Nurses in Africa are largely subject to the same educational standards as those in other continents. Many countries offer baccalaureate and master’s programs in nursing, but few countries offer a Ph.D. program. Nurses that have such qualifications are typically educated in the U.S. or Europe.

Many nations and communities across the continent are still largely economically underdeveloped. Nursing typically serves as the backbone of a patient’s healthcare experience, as many rural areas lack access to advanced medical care. Nurses may have to play multiple roles as they attend to a wide range of patients and medical cases.

As you can see, the global healthcare industry is struggling to reduce the high cost of care. The elderly population is rising in many areas across the globe, which is leading to a nursing shortage. Countries are struggling to find efficient ways of caring for this aging demographic.

Across the globe, nurses also tend to be mostly female. And every continent has some system for accrediting and licensing nurses and healthcare providers to allow for some quality assurance.

Overall, nurses tend to have more in common than they may realize. Regardless of how care is administered, nurses are still responsible for making the patient feel comfortable and ensuring they receive the care they need. 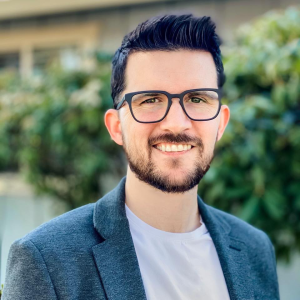