So You Want to Be a Nurse? And Start a Business? Advice from Two Nurse Entrepreneurs on Balancing Both

For two nurses, Katie Duke and Zach Smith, the combination of chance and opportunity led them to careers in both nursing and entrepreneurship. 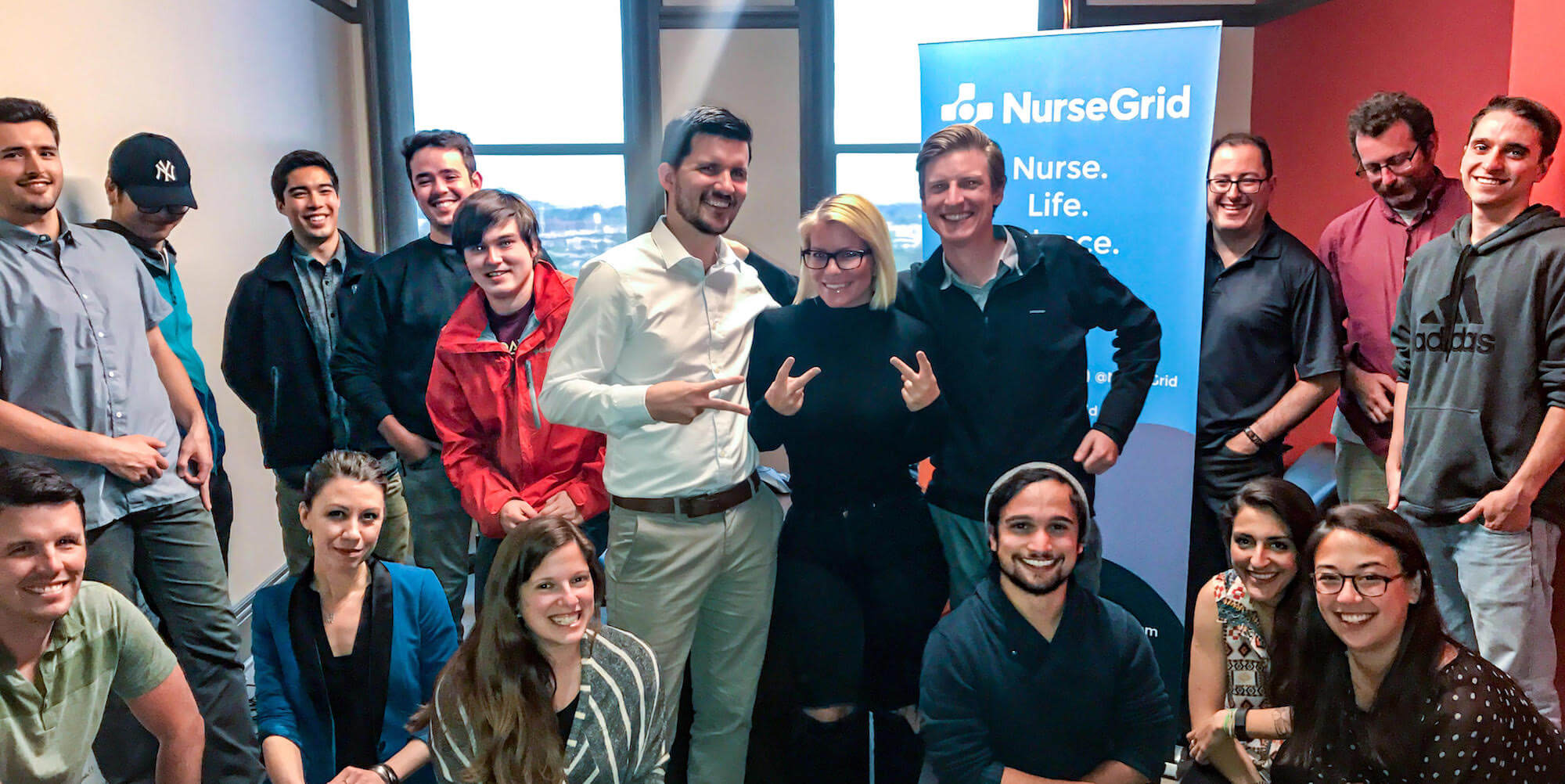 Nurses spend 40 to 60 hours per week taking care of others in a selfless profession that requires sacrifice, patience, and persistence. So it’s no surprise that nurses often make great entrepreneurs. For two nurses, Katie Duke and Zach Smith, the combination of chance and opportunity led them to careers in both nursing and entrepreneurship, balancing long hours, new industries, and attacks from the limelight.

Katie Duke, well-known for her appearance as an ER nurse on ABC’s documentary series NY MED, didn’t always want to be a nurse, but becoming one changed her life.

“I worked in a restaurant in St. Louis, had no electricity, and was living in a condemned apartment.,” Katie told us. “I had a car that was totaled. But I was watching TV one day and there was an infomercial at 3 a.m. for nursing school. I was at a low point. I didn’t even think about how much it would cost me. I knew I just had to start and I would figure everything else out. Nursing found me in a time that I needed it.”

After spending a few years taking prerequisite classes and then attending nursing school, Katie packed up and hauled out to New York, seeking something bigger than the life she had in St. Louis. There she took her first nursing job as a travel nurse, not knowing that years later she would be working in an emergency department that would land her a spot on a TV show.

When Chance and Opportunity Align

Malcolm Gladwell argues in his book Outliers that arbitrary instances of luck are not incidental in success stories, but they are in fact essential to success. Chance and opportunity aligned when Katie happened to be working in the ER the day ABC was coming into the hospital. She was in charge that day and they saw her working with patients and asked her to be part of the show. That event led to Katie launching her own personal brand as part of her career advocating for nurses. It has also led to her being fired, but there often is no success without resistance.

“I went through many bad deals and contracts and people with bad intentions,” Katie said. “But that feeling in me never changed that I have something to offer. I guess you could say I’m building a Katie Duke brand, but that’s really just what I’m able to share with people.”

Zach Smith, both a nurse and co-founder here at NurseGrid, was in high school when he first thought of joining the profession.

“I was in high school when they were doing a big nurse push,” Zach said. “They were desperate for nurses, talking about the shortage. They told us we would instantly get jobs in nursing. This was 2003-2004. So I decided to give it a try, not just because there was a need but because I liked working with people.”

But, like much of life, Zach’s plan didn’t go as he thought. When he graduated in 2008 hospitals weren’t hiring as many nurses, especially ones without prior experience. So, he went to work in a nursing home, building up his skills and working face-to-face with people which he enjoyed. He then went on to work in hospitals but still felt like there was something else out there for him.

“The opportunity to work on NurseGrid came along and it was the perfect blend of nursing and entrepreneurship, which I love both,” Zach said. “Nurses are a patient's advocate and now I’m an advocate for nurses by helping create tools just for them.”

On Being A Nurse and an Entrepreneur

Tackling both a career in nursing and entrepreneurship requires a lot of time and determination. But both Zach and Katie said if you have the passion to make it happen, it will all be worth it.

“There will always be times when you want to give up or you think you don’t have it in you,” Katie said. “Because you don’t need to do all of this extra stuff. But there’s an extra feeling that makes you think, I can do more, I want to do more. It’s the same things that keeps me working with brands, sponsors, having a social presence, working as a nurse, etc. We all have that thing we are chasing.”

By understanding your strengths both in and out of the workplace you can build new resources and technologies for others. Whether it’s writing a book, becoming an advocate, or building an app. But the main advice from Zach and Katie? Don’t give up. Keep chasing.

Check out our live chat with Katie Duke when she visited our headquarters recently in Portland, Oregon!

PrevPreviousWin a Party for Your Department!
NextFinding Your Niche in NursingNext